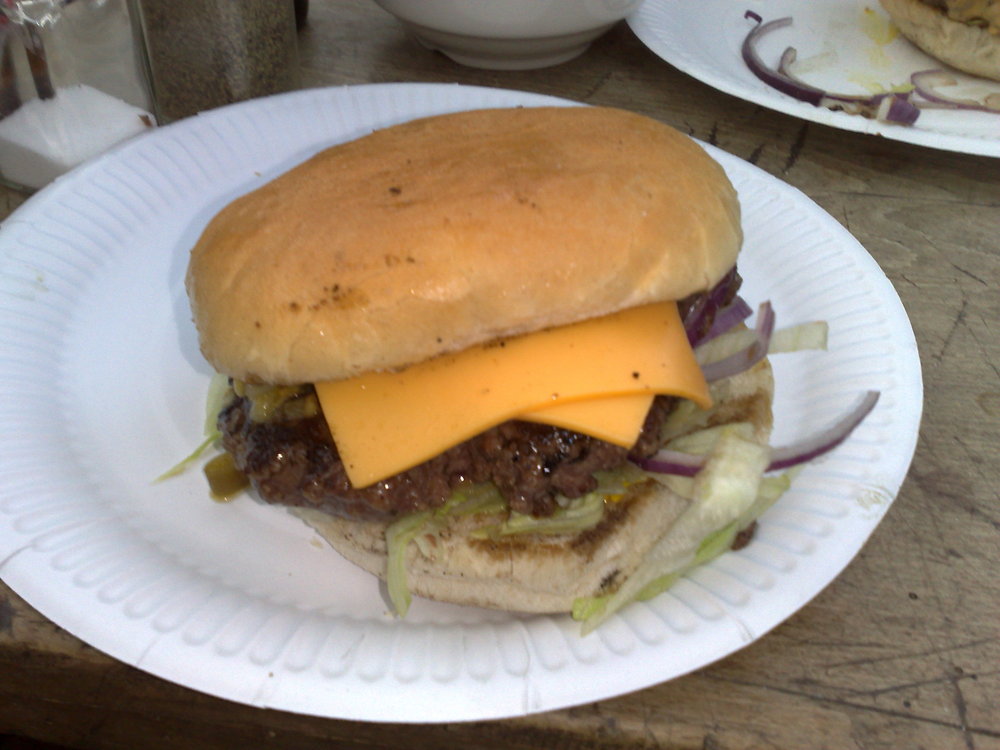 Many people don’t really know about the amazing food revival that has been taking place in South East London for quite some time.

You mention you live in Peckham and people ask you how you cope and other such disturbing questions.  They envision South East London food beginning and ending with dirty chicken shops and possibly a dominos pizza if you are lucky.  Well yes.. there is that kind of thing of course, but there are also so many hidden mouth watering gems.  And today I’m going to review one of these – The Meatwagon. 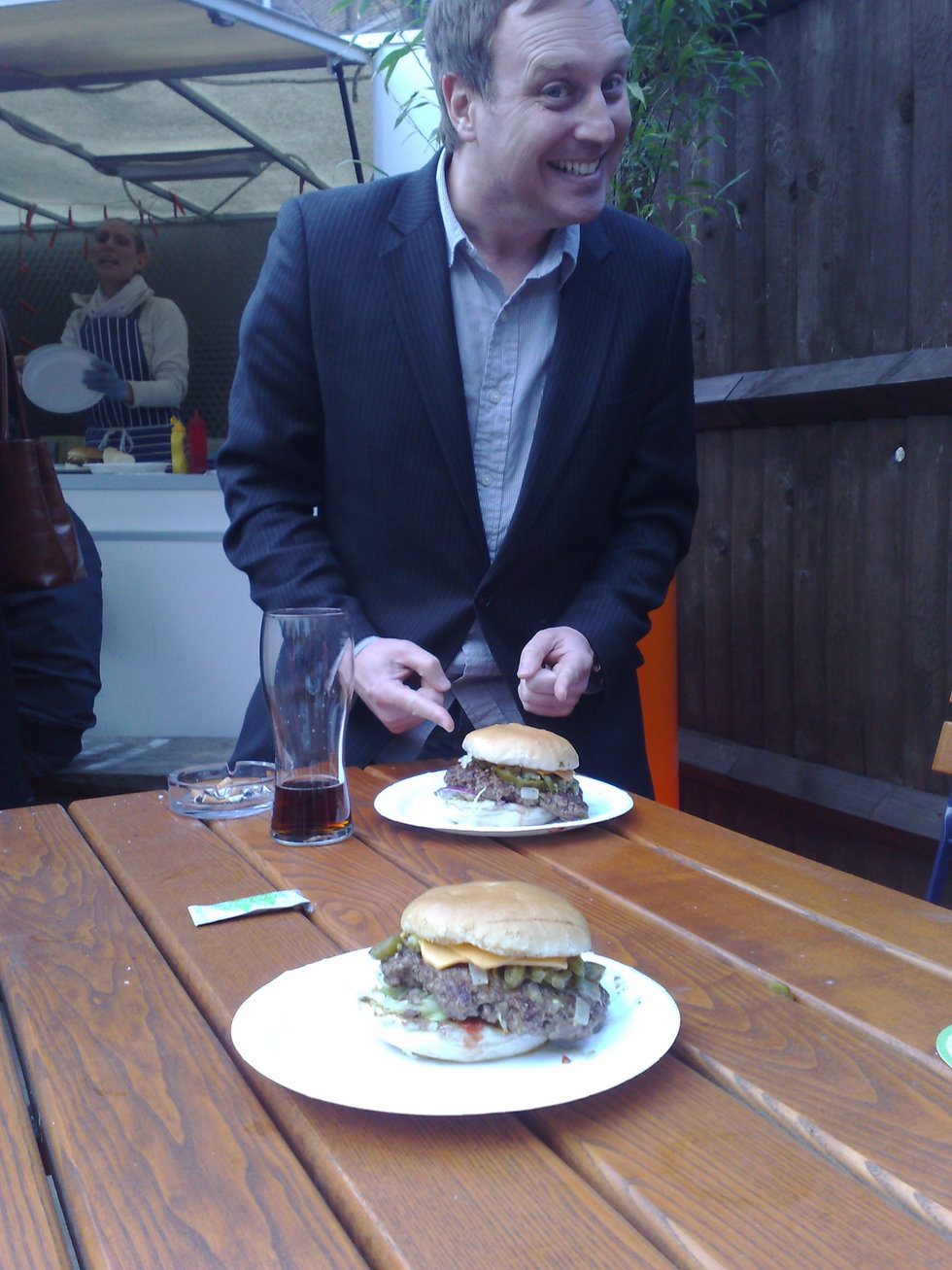 The idea is oh so simple, a man and a temporary food wagon, and just good quality burgers, guerilla dining if you will.  The Meatwagon moves around a bit but is mostly based in Peckham where the wagon parks up in an industrial estate behind Peckham Rye Station.

I read this review and immediately wanted to track The Meatwagon down.  I found him on twitter first (@themeatwagonuk) and then on Facebook and was overjoyed to hear that he would be at the Florence Pub in Herne Hill on the 13th til 10pm.

Jen and I rocked up just after 7pm to find The Meatwagon backed onto the beer garden out the back of the Florence pub.  He was doing a roaring trade with already a long line forming and a backlog of orders Yianni (The Owner) was ploughing through the best he could.

I ordered a Bobcat burger which is essentially a burger with cheese and chilli.  We were told it might be a 20min wait so we sat down and have a drink with great anticipation.  In the time we were waiting the lines got longer and longer.  It seems social media has really worked for The Meatwagon and the word has spread.  There seemed to be a plethora of bloggers and tweeters taking snaps as the burgers were prepared.

Finally our burgers arrived and Jen and I wasted no time and dived in. Amazing.. Soft slightly sourdough buns, amazing cheese which Yianni melts into the meat on the grill with a dome like metal cover and just moist tasty well seasoned meat.  My burger was cooked to perfection with just the right amount of pink in the middle and a generous serving of chillies that gave it just the right kick.  I was in fact lucky as I was the last person to get chillies as he had just run out.  10 minutes later he had run out of bacon so my advice to you is to get down to The Meatwagon early as his popularity is definitely set to soar even more as summer comes along.

These burgers remind me a lot of the burgers I had in my childhood.  Dripping with flavour and juices you have to lick your fingers afterwards and lean forward to make sure those juices don’t go all over you.  I confess I devoured my burger in less than 5 minutes flat making appreciative noises the entire way through.

Feeling more than full Jen and I headed home both vowing to come again.  I salute you Meatwagon, you are ace and everything that is good about SE London. 🙂