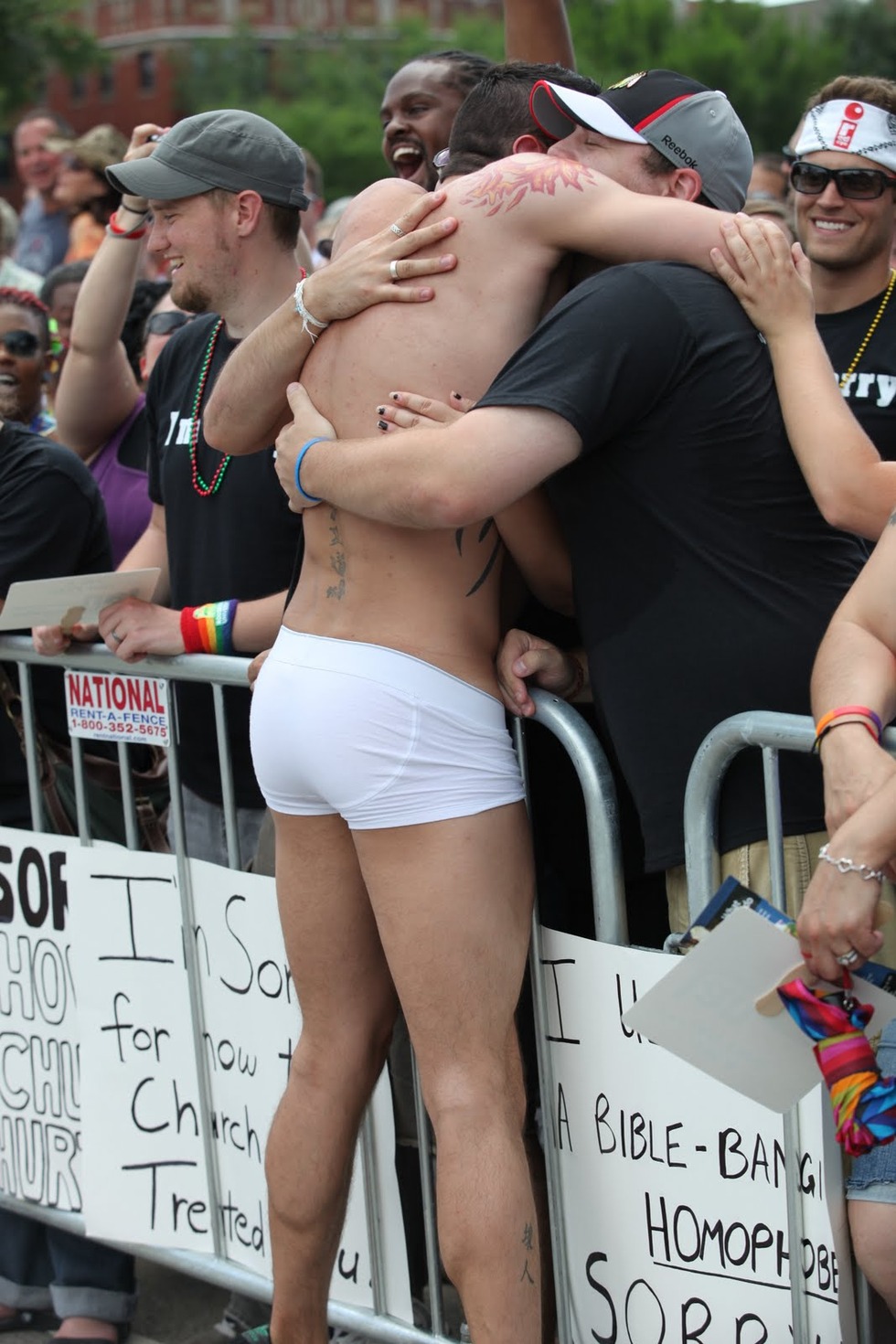 I Hugged a Man in His Underwear. And I am Proud.

This old blog post was in the Sydney Morning Herald on Pride day.  The post might have been written in June 2010 but it still has a powerful message.

I hugged a man in his underwear. I think Jesus would have too.

I spent the day at Chicago’s Pride Parade. Some friends and I, with The Marin Foundation, wore shirts with “I’m Sorry” written on it. We had signs that said, “I’m sorry that Christians judge you,” “I’m sorry the way churches have treated you,” “I used to be a bible-banging homophobe, sorry.” We wanted to be an alternative Christian voice from the protestors that were there speaking hate into megaphones.

What I loved most about the day is when people “got it.” I loved watching people’s faces as they saw our shirts, read the signs, and looked back at us. Responses were incredible. Some people blew us kisses, some hugged us, some screamed thank you. A couple ladies walked up and said we were the best thing they had seen all day. I wish I had counted how many people hugged me. One guy in particular softly said, “Well, I forgive you.”

Watching people recognize our apology brought me to tears many times. It was reconciliation personified.

My favorite though was a gentleman who was dancing on a float. He was dressed solely in white underwear and had a pack of abs like no one else. As he was dancing on the float, he noticed us and jokingly yelled, “What are you sorry for? It’s pride!” I pointed to our signs and watched him read them.

Then he got it.

He stopped dancing. He looked at all of us standing there. A look of utter seriousness came across his face. And as the float passed us he jumped off of it and ran towards us. In all his sweaty beautiful abs of steal, he hugged me and whispered, “thank you.”

Before I had even let go, another guy ran up to me, kissed me on the cheek, and gave me the biggest bear hug ever. I almost had the wind knocked out of me; it was one of those hugs.

I think a lot of people would stop at the whole “man in his underwear dancing” part. That seems to be the most controversial. It’s what makes the evening news. It’s the stereotype most people have in their minds about Pride.

Sadly, most Christians want to run from such a sight rather than engage it. Most Christian won’t even learn if that person dancing in his underwear has a name. Well, he does. His name is Tristan.

However, I think Jesus would have hugged him too. It’s exactly what I read throughout scripture: Jesus hanging out with people that religious people would flee from. Correlation between then and now? I think so.

What I saw and experienced at Pride 2010 was the beginning of reconciliation. It was in the shocked faces of gay men and women who did not ever think Christians would apologize to them.

What I saw and experienced at Pride 2010 was the personification of reconciliation. It was in the hugs and kisses I received, in the “thank you’s” and waves, in the smiles and kisses blown.

I hugged a man in his underwear. I hugged him tightly. And I am proud.

The orginal blog post is here.  What an awesome dude 🙂